The recognition of local communities has marked the program as a true success. The American Legion Riders Group in Michigan was honored by the Local City Council and Michigan House of Representatives when they drafted a resolution declaring the American Legion Riders an asset to the community. Motorcyclists can be a very dedicated group of people. When you combine this with the fact that they are Legionnaires, you create a win/win situation.

At ALR Chapter 34 our priorities are “Family”, “Job” and then Chapter.  Chapter 34 is a tight group which has a long and diverse history. We attend many events throughout the year, supporting Veterans, charity groups and other Chapter Posts. We pride ourselves on our professional and courteous conduct to ensure that Chapter 34 maintains a professional reputation. It's important to note that The American Legion Riders is not a motorcycle club (M/C), and we do not practice motorcycle club rules or regulations. 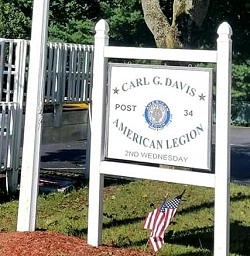 Chapter 34 is a tight group which has a long and diverse history.
read more...